What's included in this chapter:

Expectations vs. reality: the report

You’ve made it this far, and you’re nearly at the end of your influencer marketing campaign! There’s just one more step, and it just so happens that it’s the one that will be most interesting to your client or manager.

Marketing campaigns are worthless if you don’t measure and analyze their results. You need tangible data in order to evaluate if the campaign was successful.

You have to measure both the input and output of the campaign in order to comprehensively analyze the results.

Input is what you invested in the campaign. Take into account any value you put into the campaign, whether monetary or non-monetary. Here’s a brief reminder of what you need to consider with respect to investment:

The output consists of the content created for the campaign, as well as all the impressions and interactions it generated. Just FYI, if you’re working with big, sophisticated clients, they might not ask you for all of these metrics. Clients like these usually know exactly what they’ll need to measure results, and they’ll only ask you for that specific information.

In general, you’ll first want to consider the usual metrics for these types of campaigns:

*Remember that for stories, interactions are limited. While you can react to someone’s Instagram story, that message is more like a DM. You can’t publicly like it or comment on it in the same way you can a post. Further, while it is possible to add links to stories (and therefore generate clicks), that option is only possible for business accounts that have more than 10K followers.

Depending on your campaign, influencers may have also generated other types of output. If their content encourages some other type of call-to-action, you may need to assess some other metrics, like:

You can measure your input and output manually, using spreadsheets and photos, or you can do it with an integrated tool like HypeTrail.

Measuring your results manually isn’t anything groundbreaking, though it does take longer than if you use a dedicated reporting service. Set up a spreadsheet to enter all your investment and output. You’ll have to get likes, comments and the like directly from Instagram and enter that data into your spreadsheet. Make sure your team members know where the data is being stored and how the spreadsheet is formatted to avoid any confusion or mistakes.

Getting results from HypeTrail is easy. The software lets you access the results and media from your campaign all in one place.

First, when you enter into HypeTrail, you’ll see your different campaigns in the first panel. You can also see an aggregate of the results of all your campaigns. At the very left, you’ll see either a gray or blue circle. Gray means the campaign is inactive, and blue means it’s active.

Once you click on a campaign, you’ll open up a panel specific to that campaign. HypeTrail has two tabs: Report and Media. These are pretty intuitive: Report shows you the campaign result metrics, and Media shows you the media published for the campaign.

Here you’ll see the campaign info you input when setting up HypeTrail, as well as aggregate statistics for all the influencers who have participated in this particular campaign. From here you can pull the total followers reached, the number of published posts and stories, the total impressions and interactions. Also, if you entered your investment when you set up HypeTrail, the CPM and CPI will be generated for you.

Aggregate campaign metrics. In this example, CPM and CPI are 0 because we didn’t enter the investment amount.

Beneath the campaign aggregate, you’ll see these same metrics, but per influencer. Now you can see exactly how many followers each influencer has, how many posts and stories they’ve uploaded, and how many impressions and interactions those have generated.

Example statistics for four influencers who worked on a campaign.

If you click on a specific influencer, it brings you to the Media tab. You’ll see the stories and posts uploaded by the influencer you clicked on. You can filter to see only posts or only stories using the Media type dropdown menu at the left-hand side. Further, you can easily switch between the campaign’s influencers with the Influencers dropdown filter. You can also search by mentions or hashtags.

You can also choose to display Only Saved Media. When you put an influencer’s handle into Hypetrail, the software saves all of that influencer’s content. However, if you want to see only the media related to your campaign, click Only Saved Media. This will show you content that includes the mentions or hashtags that you specified when setting up the HypeTrail campaign.

Imagine that you’re tracking an influencer for a certain period of time. In that time, they upload posts and stories for your campaign, but they also upload other posts and stories, maybe personal or maybe from another collaboration. You don’t want to collect metrics on those, so you can toggle Only Saved Media to see what’s been posted with your campaign-specific mention or hashtag. This way, you get the content that’s relevant to you.

In addition, you have the option to add media to Saved Media directly. At the top-right corner of every post or story in Hypetrail, there’s a little blue banner icon. Clicking that will add the media to Saved Media. This feature is useful for when there’s a slight hiccup in the publishing of campaign content. Maybe the influencer posted a great story, but forgot to add your campaign-specific hashtag or mention, which you were planning to use for tracking. Hypetrail lets you quickly resolve the issue and collect the story with the rest of the campaign media.

The Media tab in HypeTrail. Hovering over a story plays any integrated audio or video.

Finally, there’s one last important detail to point out. HypeTrail lets you get even more specific results. Notice, at the right side, there’s an option to Download as CSV. If you click this, you can download a report, either for one or all influencers on the campaign. This report will show you the influencer, the date of the publication, how many followers the account had at the time of publication, as well as the media type, impressions, likes, comments, interactions, views (if a video), and any description (for posts only).

A CSV report downloaded from HypeTrail. Remember to download this at the end of the campaign to make sure the program has been able to record all impressions and interactions.

HypeTrail makes results analysis much easier. You can see the overall results, and you can also delve into the specific stats for each piece of content published for your campaign. And the best part is that you don’t have to spend hours upon hours fishing through Instagram and creating spreadsheets.

Expectations vs. reality: the report

Now you get to see if the reality of your campaign lived up to your expectations. Once you measure and analyze your results, it’s time to reflect them in a report that you can deliver to your client or manager. Nowadays, just like the proposal, most campaign reports take the form of a visual presentation. Here’s a breakdown of what to include.

The identifying information of the campaign:

The data you’ve assessed when analyzing your input:

Here you want to describe everything you measured and analyzed as output of the campaign. If you’re using HypeTrail, the tool will provide you with most of the information needed.

Include the results that are relevant to your campaign, considering:

Compare your results with your original estimates to see how well your campaign achieved your expectations. Did you exceed your estimated impressions or interactions? Was your CPI lower than what you thought it would be? Also, include some visual examples in addition to the data. This makes your report more interesting, and can also connect with highlights from the campaign. You could choose to show, for example, the top 3 posts with the most likes and the top 3 with the most comments.

You’ll also want to create a separate PDF that outlines the campaign posts, stories and all the clicks generated from them. Or, if you’re using HypeTrail, you could include links to the campaign results there.

So, how did you do? If you exceeded your expectations, great! And if not, don’t get down. Identify the areas where you missed the mark, and analyze what you can do better next time.

Also, look closely at your campaign results to see if maybe you can reveal new insight. For example, maybe you didn’t hit your target audience as well as expected, but maybe another audience group reacted more positively than planned? They could be a good target audience for the future.

If you were using HypeTrail to collect your campaign media and statistics, there’s one more step you need to take before closing out your campaign: deactivating your HypeTrail monitoring. Luckily, this is so easy it literally only takes a click.

In HypeTrail, when you open a campaign, at the top of the panel you’ll see its Monitoring status. If the campaign is active, the activation date will be displayed alongside a blue toggle.

To stop monitoring the campaign, just toggle the switch! And that’s it! Now HypeTrail will stop collecting media and metrics from the influencers tagged to the campaign.

And with that, it’s time to draw the curtain on this act. We hope this guide has helped you get a better sense of how to manage an influencer campaign. If you’re ready to give it a go, stop by Heepsy and HypeTrail for all your influencer needs.

And last but not least, should you have any questions or need more information about our products, our Customer Service department would love to hear from you! You can reach them at support@heepsy.com. 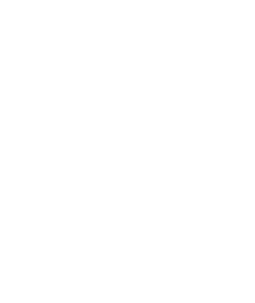 Still having questions? Book a demo with us